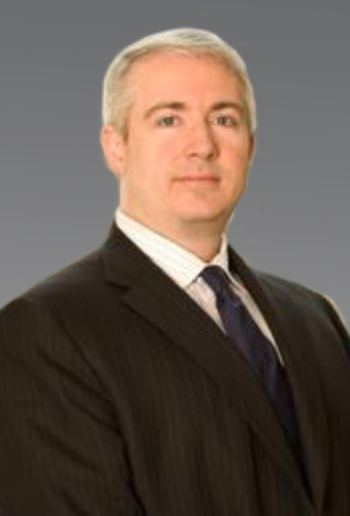 Mr. Uhrich also has patent litigation experience involving non-lethal ammunition, computer chips, and protective ﬁlms. He has been involved in the litigation of nearly 100 patent cases, with experience in all phases of litigation from initial ﬁling through trial.

In addition to intellectual property disputes, Mr. Uhrich has worked on signiﬁcant complex commercial litigation for both international and domestic corporations, litigating cases in federal courts at both the trial and appellate levels.

Mr. Uhrich also works as a prosecutor in his home district, which involves live court argument on a weekly basis, and at least four full trials every year.

Prior to attending law school, Mr. Uhrich worked for seven years as a nuclear engineer for one of the nation's largest electric utilities. During that time he worked as both a fuel supply and a thermal performance engineer at the company's nuclear generation facility. In that capacity, he designed and implemented enhancements to the plant that resulted in signiﬁcant increases in the plant's generating capacity.